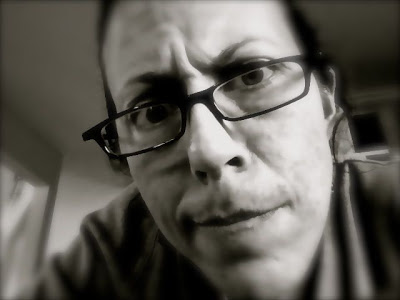 There's something to be said about lupus fog...and the effects of multiple mind "affecting" medications. One of those somethings is that you can't remember anything. Or at least, anything you want to remember. So, here's a little story about my life.

About a year ago, during the height of my blogging, I was finding myself becoming involved with a number of what I would call, "professionals". People who have successfully written books and are now professional writers/bloggers. This is pretty much ego candy. Especially when you are housebound and no longer in the career world you loved so dearly. It feels good to be socializing with the bigwigs. I had found a new purpose in life.

During this ego frenzy I was having issue with one particular writer/blogger women. For whatever reason, I got the feeling like we were competing. And then the ultimate happened. She had written something that I felt very passionate and knowledgeable about. I spent a significant amount of time composing and re-composing a comment to this particular blog post. As I hit the "post" button I felt really "psyched" about what I had written. So much so that for the next couple of days I obsessively and compulsively checked her blog to see if she had reviewed my comment and written her response to it. In my head it went something like this,

"Dearest Theresa (of course, she would call me by name, unlike all the other anonymous, canned responses to other less educated responders).
Your comments have "resonated deeply within me" (this is a big one in the blog world) and I find myself changed forever by your words...."


You get the picture.

Day one passed, no response. Day two, day three, and so on. And then I started to notice that people that had written days after me had been reviewed and made public for all the world to see. Yes, she had decided, for whatever obviously mistaken reason, to not "allow" my comment to be viewed.

Of course, I did not save a copy of my response to her (why, that would be extremely vain), so I went over and over in my mind what could have possibly disagreed with her. Had I been too cynical? Was I over emotional? Had I rambled on and appeared too self-edifying? I had I written too late at night and said something totally incomprehensible? Was my response so brilliant that she somehow felt threatened by me? Or was I so beneath her that it would have been too embarrassing for her to allow it to be seen? And on, and on, and on my brain went. Until my stories became so painful that I Unliked her professional page on facebook, Unfriended her personal page and took her blog off my Google Reader. So there!

I decided, out of sight, out of mind. And I moved on.

For some reason one of her posts showed up on my facebook feed. And it was really good. Before I read it (it was a link that directed me to her blog) I had an ever so brief quiver of "hey, I don't like this lady" but clicked anyway. And it was excellent. Just like before the separation (yes, I'm pretty sure that out of her 68K fan base she missed me terribly) I was completely moved by what she had to say. Poignant and beautiful. Straight to my heart....yes, it resonated deeply. I fell in love with her all over again.

And now for the kicker. I have no idea, no recollection, no memory whatsoever of any details other than I know I got my feelings hurt. None at all. Nada. Zip. Zero. I'm a blank slate.

So, I find this interesting (actually a little hilarious) on two levels. One, this is indeed one of the perks to having a severe case of lupus fog. I feel no pain. Two, what a great lesson to be learned here. Oh, how we create our own suffering! For all I know, she simply forgot to review mine. Or I somehow missed it. Or her computer crashed and she lost a few responses to the great black Internet void. Who knows?!?! Definitely NOT ME! Yet, look at all that I put myself through. Let me tell you, I went through ego hell for days on end. I practically felt like I had lost everything and was doomed to become a mush-mind, thrown into the depths of the forever unimportant and unproductive. It was harsh. And yet, here I am, back in love with this amazing writer, this beautiful women with whom I find I have a deep connection with on so many levels. Poof! Just like that.

The moral of the story is this: Don't let it take 365 days. We have the choice right in this very moment to wipe it from our slate. Poof! It's gone. Just like that. Because almost always, we don't know. And even if we do know, 100%, beyond the shadow of a doubt KNOW... we still have the choice to let it go and continue on loving.

It's our choice. Period.

Today, I choose love. How about you?

Dear Theresa
I do not know where I have been, but I do know that I have missed you.
Again your words are words that I want to read and re- read over and over again.. because you make sense. You are real- and things you go through- we go through too- at least I do. You have a beautiful way of painting a picture with your words,, and those words stick in my mind to ponder on.
Thank you for being honest and real.
love
tweedles

Tweedles!! So wonderful to see your name! I have been a bit "out of the picture" as well - life gets that way sometimes and I find that I just have to narrow things down for awhile. I'm feeling more like writing again so I hope it lasts because it sure feels good to do so.
I am so glad for your comment as that is precisely what I wanted to do - be more real. Not that I am ever "not real", but I think that for the sake of feeling like I am being helpful, I forget that people need to see the "dork" sometimes too! It feels good to be in good dorky company, doesn't it? ;-) Ah, life is just too short to go on putting our best foot forward every day! I miss you too, friend. Maybe we will be visiting more now that we are both back. I would truly enjoy that.
Be well and write often!
Theresa

Just checking in to let you know I am alive :-) And yes, my hands are the culprit pretty much! I keep wanting to get back online but they have been giving me fits alot over the months. Perhaps soon. Just wanted to let you know I am here still. Thank you for thinking of me. And yes sometimes (often many times too much) we dwell on things that will just drive us crazy. I have learned one big lesson living with ra...to let go. I have cut many a kite string over the years that has weighed me down from flying free.

Thinking of you and hoping you are well.

Yes, you are right that we have two choices whether we let it go or we continue on loving. Great job! I highly recommend you not to pay for your essay much. More and more friends of mine decide to use this service instead of writing the works by themselves.

I agree with you!

WE have only one life. So we have to to live it in the best way ;) BY the way, team at best-custom-essays.com offers original papers in Philosophy :)


Thank you for sharing your thoughts. I truly appreciate your effort in sharing this informative articles. Very impressive and quite interesting for the readers. Good job.

Thanks a lot for sharing! I truly appreciate your work!

Hi
I read your post.this article was very effective and helpful to us. thanks for sharing this amazing article. I am resently
posted at massachusetts bankruptcy center Speak with affordable bankruptcy lawyers Worcester and Boston.
Get support to file Chapter 7, Chapter 13 and corporate Bankruptcy.

Hey my name is John Stanton and as I would see it Paysaver Loans is the quickest, least expensive and most solid of all the Australian Payday Loans Lenders.They have spared my endless circumstances from humiliating circumstances.