That’s what I keep telling everyone around me these days when they ask, “How are you feeling?” In the past the answer to that question has always had to do (mostly) with how badly I was feeling. The answer varying by degrees of “sickness” as well as degrees of “how-transparent-do-I-want-to-be-ness”. Responses such as, “I’m hanging in there” and “I’ve had better days” or maybe even “This has been a good week” are the typical responses. But never, in all of my drug therapies, hospitalizations, surgeries, infusions…never have I been able to say that I am cautiously optimistic. In fact, I have never used those words in regards to this illness. And it’s not cautiously optimistic. It’s more of a...

Cautiously Optimistic!! (said with a smile)

Before I go any further… Yes, this is good news. This is very good news indeed.

Am I all better? Oh man, do I wish! I’m still sick. I still have neurological issues, I still have pain, I still have joint trouble and headaches, fatigue and GI problems…. Yep, it’s all still there. But very, very seldom can I say confidently that these things are changing. Little by little, they are changing. Some more than others. And it’s for the better, not for the worse. Considering the past couple of years have been a steady decline with more and more frightening symptoms, this is some pretty awesome news. 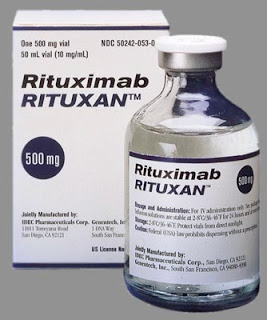 Without getting into too many details, I can break things down into the converging of three events. One, the new chemo infusion I am on, Rituximab. Two, our trip to Montana (and a couple of scientists we met there.) And three, a Medium Chain Triglyceride Nutrient Dense Ketogenic diet.

I received my Rituximab infusion in May. The decision to go on this was because of the neurological degeneration I was experiencing, consistent with MS, but undiagnosed. I was told at the time I received it that if it worked, it could be a “miracle drug”. I was also told that I might not feel the effects of it until sometime after month three, maybe even four or five. About two weeks before we were to leave on our trip out to Montana this Fall, I had hints of starting to feel better. This thrilled me because Dave and I have never been on a true vacation without kids and this was some place that neither of us had ever been. If you follow me on facebook you already know how successful that trip was! It was truly a life changing experience.

Because I was starting to feel the positive effects of the chemo, I had less pain and fatigue. It was perfect timing. There I sat, mountains before me, and I actually felt like climbing them. The little over two weeks that we were there were a series of pivotal events. Each event put me in a place of literally and figuratively “me vs. mountain”. I did things I never thought I would ever do again - and some I won’t.  On numerous occasions I was in situations that were absolutely terrifying (and some not so smart!). Situations that included hiking at heights that I was unqualified to hike at, driving on mountain passes not made for a goat, getting lost in a desert canyon without food or water or glucose (for Dave) or phone reception or a gun or bear spray or anything...at sunset. Traversing paths where grizzlies and mountain lions reside without proper safety mechanisms… Now, before you send me a note scolding me, let it suffice to say that the majority of the time we were safe and took the right precautions. And some of that time we were relying on a friend that was much more qualified that either Dave nor I. But there were times where, in hindsight, we thought ourselves a bit foolish. But…. But...each time I found myself in this really odd space of being scared out of my mind and then working through that fear with mindfulness. Sometimes it was just pushing myself to a higher altitude, literally with each step, forcing all of my strength into the ground...me against mountain (illness). Sometimes it was absolute fear and having no place to go. No one to look to other than myself. Situations that I could not quickly get out of and had to think clearly about. In my mind, these are situations in the past where I would have broken down, freaked out, cried like a frightened child. But I didn’t. In any of them. Not one. I thought clearly, I was renewed a by lack of fatigue and I worked my way through each scenario. Each time ending in a place (figuratively and literally) that was a little bit higher than before. By the end of the trip, I felt like I could conquer the world. This feeling has not left. Somewhere in all that adventure, we were hiking one of those paths we should have never been on and much to our surprise we came upon two people. That, in and of itself can be unusual when you are hiking little known paths, but really unusual in that they were both scientists. One specializing in diabetes and the other in...yep, autoimmune disease! We had a conversation with these two that, to this day, I still feel like. “ Did that really happen? ” But yes, it really did. We went back to our cabin that night and googled them! They had a lot of information to share on leading edge science in regards to immunology and cancer. We got information on studies to research, other scientists to look for, names of authors and a wealth of other valuable leads. We swapped emails and by the time we got home to Wisconsin Dave had already received an email with more information. That’s where the Medium Chain Triglyceride Nutrient Dense Ketogenic Diet comes in. Something much, much too complicated to discuss in this post, but if you want to read what I know about it and how it is working with me, click here .

Needless to say, I began researching the second I got home. I consulted my doctors, began working with a special pharmacist, got blood work done and started the protocol immediately. Disclaimer: This is NOT a “diet”. This is a process in which food is used as medicine in a very particular manner. It is also not for everyone and should only be done after consulting with your physician. It can actually make you sick or make some conditions worse if not done properly.

This concept is not new (beginning in 1920) , although it has changed significantly in recent years. Currently, this protocol is being used successfully for severe epilepsy. Studies are underway and early signs are extremely encouraging for things such as MS, Autoimmune disease, Cancer, Parkinson’s, Alzheimer’s, TBI, Psychosis, to name a few. I have been told that the University of Minnesota currently uses a form of this for children with severe epilepsy. It seems to be most beneficial for diseases of the brain and nervous systems, but is also quite promising for autoimmune disease in general.

Because I was already experiencing improvement from the Rituximab, when combined with my new sense of empowerment (also known as "I'm ready to kick this disease in the ass!"), it made starting this incredibly complicated and not so fun protocol manageable. I’ll tell you right now, without the assistance of Rituximab, I would not have been capable of doing this. If I would have gotten this information three months ago I would have been too sick to even consider it. It takes a lot of work and thinking .The results have been nothing short of amazing. Immediately I noticed a decrease in fatigue and an increase in energy. Especially at the end of my day when I am usually so sick I just want Dave to rub my back so that I can disappear into a pill induced coma. Shortly thereafter I started realizing that some things were becoming easier for me. Remembering things. Writing and spelling. Multitasking. Driving. Balance. Brain fog. Headaches. All improving. Not gone by any means, and I have a long way to go, but improving.

So where to go from here? Well, I met with doctors this week and the plan is to stay on all medications with no changes. My next chemo infusion is scheduled for November. I will take two months to get strong after the second dose infusion and if things are still improving we can start tapering some medications in January, with hopes of getting off some. I am also starting to see a Functional Medicine Doctor at an integrative clinic, in conjunction with my team at the U of MN. 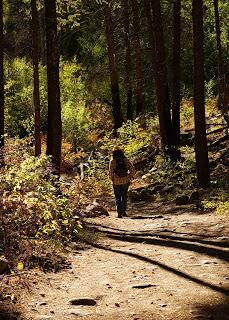 Do you know how exciting it is for me to type that? I am sitting here crying as I hit the keys. And yet...I am so scared. So I ask you to please keep me in your thoughts. Allow me to be positive, but don’t forget that I struggle every single day with this disease. This new endeavor is quite the challenge and it’s going to take a lot of strength and commitment on my part. I need your encouragement. I need your understanding. And most of all, I need for you to walk with me and be…

A million thank-yous would not be enough.


Theresa
Posted by Theresa at 9:01 PM

Oh Theresa, I am so thrilled for you. I appreciate your "cautiously-optimistic" stance on it, but it sure sounds like you've found something really good. Many prayers and hugs to you to you!

Sheila....thank you so much! I am really excited, but at the same time, I've been sick for so long and there is a lot of baggage that goes along with that. Fear being a big one. I'm working every day at changing that storyline in my head. I think the biggest fear is that I will invest in this and have it come crashing down on me. I think the idea is to do it anyways. As if it will come crashing down... but in this moment, it is not. Remaining unattached to either is probably best. But breathing comes so much easier these days. That's a good feeling. Thank you for the prayers and hugs. It means so, so, so much. Theresa

Elaine!!!! Oh goodness, thank you!!! Gosh, to hear those words gives me so much hope - so much energy to move forward. Thank you!!! Theresa

SO SO SO IN AWE. I love every word of this, my dear friend. Filled with hope for you, and amazement as you continue to climb mountains, literally and figuratively. You are so much deeper and higher than when I first met you all those years ago. It's Jeana, in case you didn't know.

Of course I knew. And you, my dear, have played such an incredible role in my life. I WOULD NOT be where I am if not for you. And I look forward to the rest of my life with you beside me, and I beside you. What a gift you are.

Whenever you expect to be required with a solitary organization for that long, it is basic that you take in whatever you can before marking a lawfully restricting contract.